Welcome to AAWR, this was made by a group of friends who hang out, role-play, and do crazy shit. Feel free to join us, or watch us daily!

(Same character sheet for this RP too? o3o?)


HISTORY OF CHARACTER: He joined the Keepers at a young age after he saved his family from a dark beast. He moved through the ranks throughout the years, and is not a high-ranking member, very few aside from the king is higher up than he is.


APPEARANCE OF CHARACTER: Shaggy, Dirty blonde hair, he's relatively tall compared to others his age (He's 19.) He has a spiral looking scar on his forearm.

PERSONALITY OF CHARACTER: He's a friendly, outgoing, individual, who generally jokes around, but when the time calls for it, instantly turns into a serious person.


HISTORY OF CHARACTER: He grew up in the city of light (name, Rog??) His father was a keeper, and Leo was the only child in the family to inherit his father's powers. From a young age he showed skills with the power of light, and his father was proud.

PERSONALITY OF CHARACTER: Logan is playful, energetic, and creative. Though, when something bad happens, he shows his darker side. 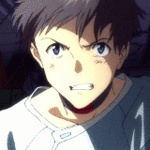 
HISTORY OF CHARACTER: Something bad must've happened for him to erase his own memory


APPEARANCE OF CHARACTER: He has medium length brown hair and hazel eyes. He's short, like, the size of a 12-14 year old when he's around 18-19

PERSONALITY OF CHARACTER: He's very shut off from the world, he's quite and rarely listens to others.

*Sam sits in a corner of...something, not like he can see, he's wrapped himself in a blanket.*


HISTORY OF CHARACTER: he is in exile from the ocean. He cannot swim in the sea or ocean, it will kill him. He had been a criminal in his mother country, and if he were to become a hero, he would be able to return. He fled to the human city to join the keepers so he could fulfill his destiny, become a hero, and return to his mother country. (Atlantis)


APPEARANCE OF CHARACTER: In his human form, he has mint green eyes. He has black hair, and is average height. In his mermal form, his hair is still black. His eyes are an icy blue, and his skin color turns green.

CHARACTER POWERS ( WILL BE MODIFIED BY ROG IF TOO MUCH): He has a special power that will reveal itself later on...